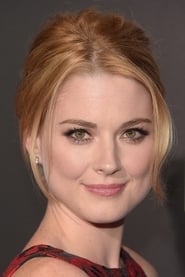 Biography: Alexandra Breckenridge (born May 15, 1982) is an American film and television actress and photographer, best known for playing different characters in the FX television series "American Horror Story", for portraying Jessie Anderson in the AMC series "The Walking Dead", and for giving her voice to various characters on the animated series "Family Guy".


Most Popular Movies of Alexandra Breckenridge


Romy and Michele: In the Beginning


Behind the Fright: The Making of American Horror Story


Christmas Around the Corner

D.E.B.S. Love in Store Romy and Michele: In the Beginning Ticket Out Always Watching: A Marble Hornets Story Behind the Fright: The Making of American Horror Story Christmas Around the Corner In Limbo Vampire Clan Dark