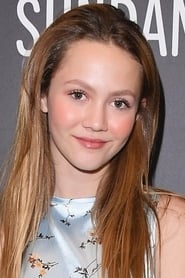 Biography: Iris Apatow (born October 12, 2002) is an American actress known for her role as Arya in the Netflix series Love. Apatow is the youngest daughter of director Judd Apatow and actress Leslie Mann. She made her debut, as a child actor, with Knocked Up as Charlotte, alongside her sister Maude Apatow, directed by Judd Apatow. Then she again reprised the character in the sequel This Is 40.


Most Popular Movies of Iris Apatow