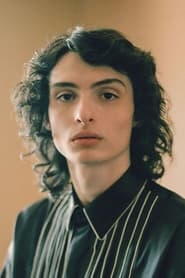 Biography: Finn Wolfhard (born December 23, 2002) is a Canadian actor and musician. He gained recognition for playing Mike Wheeler in the Netflix series Stranger Things (2016–present). His film roles include Richie Tozier in the film adaptation of Stephen King's horror novel It (2017) and its sequel It: Chapter Two (2019), Boris Pavlikovsky in the drama film The Goldfinch (2019), the voice of Pugsley Addams in The Addams Family (2019), and Trevor in the supernatural film Ghostbusters: Afterlife (2021). Wolfhard made his directorial debut with the comedy short film Night Shifts (2020).


Most Popular Movies of Finn Wolfhard


When You Finish Saving the World


Carmen Sandiego: To Steal or Not to Steal


The Legend of Ochi